Yesterday school was cancelled all over the frozen, snowy north. This is wonderful if you are a nine-year-old little boy. Not so wonderful if you are the mom of said nine-year-old (who also has a crazy three-year-old). I couldn't even kick them outside to play. The wind chill was crazy cold and we had drifts that were four feet in spots. Plus, who wants to mess with all that snow gear? Inevitably you get them bundled, then two minutes later, guess who has to pee?

What do you do when you're stuck in a tiny little house with two rambunctious children and naughty puppy? Whatever you can to stay sane!!! 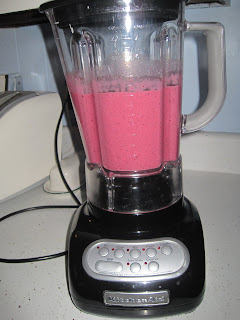 They said they wanted smoothies, but guess who ended up drinking them? It was okay, because they were tasty (frozen blueberries, raspberries, strawberries, pomegranate juice, a banana, and some organic vanilla yogurt). 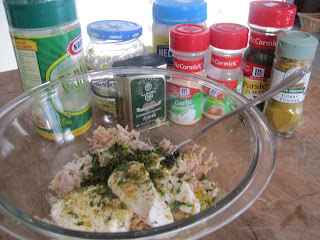 It was tuna salad for lunch. I know, I know, you're thinking "curry powder"? But don't knock 'til you've tried it. 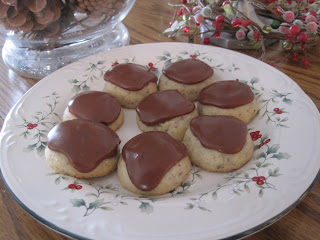 Then we (the little girl and I) made these bite-sized coffee cookies. And NO, I wasn't thinking. The little buggers ate a ton of them and were totally OOC for the rest of the afternoon. Sugar and caffeine? I need my head examined! 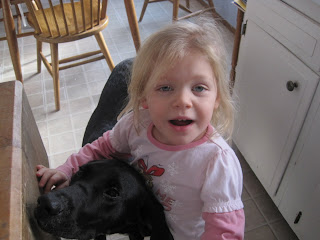 She would not let me brush her hair the entire day. I gave up trying after a while. 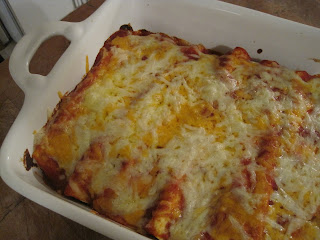 To top the day off, I made enchiladas for dinner... 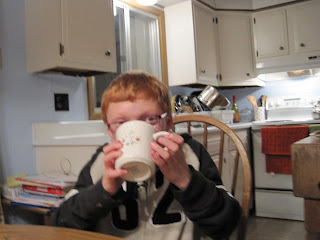 ...and hot cocoa for dessert! Apparently I hadn't learned from my earlier sugar-related ordeal. 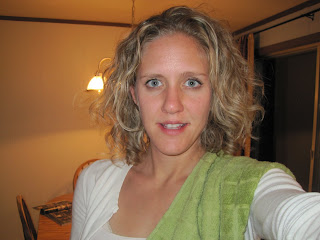 This is what I looked like at the end of it all. I wouldn't normally post such a tragic looking picture of myself, but I'm just keeping it real (Did I brush my own hair that morning...?).